During our latest BioBIGG conference in Anklam, Germany, we had the opportunity to attend a great tour at the Anklam sugar factory. The factory is an excellent example of a sustainable sugar production, where the whole sugar beet is utilised for production of white sugar and bio ethanol. The production is flexible and can thereby be adjusted to the current marked prices for white sugar and bioethanol.

The byproducts from the main production is utilized in many ways. The beet-pulp or ‘schnitzel’ are used as feed pellets, pressed and sold for silage or directly as fodder. The leftover amount is used in a biogas production at the sugar factories own biogas plant. Both the bio ethanol and bio methane are used and sold as sustainable fuels. The sugar factory’s company policy focuses on economical, sustainable and environmental supply chains – from beet supplier to the end user.

Read more about the sugar factory in Anklam here: https://zuckerfabrik-anklam.de/

BioBIGG was represented at the annual event of the Interreg South Baltic Programme. The conference was held on the 24-25 of September at Ostróda, Poland. There were participants from Poland, Lithuania, Germany, Denmark and Sweden. The headline of the annual event was “Let’s share and learn” and the conference was focused on knowledge sharing, networking and future aspects of the South Baltic Programme.

On the first day of the conference, Manuel Gonzalez from the Interreg Programme held an interesting presentation about capitalization on the knowledge gained from Interreg projects and how to communicate the results from the different projects.

On the second day of the conference, there were three parallel workshops. The topics were:

A workshop about challenges and expectations of new Interreg projects

It was a great conference with interesting presentations. 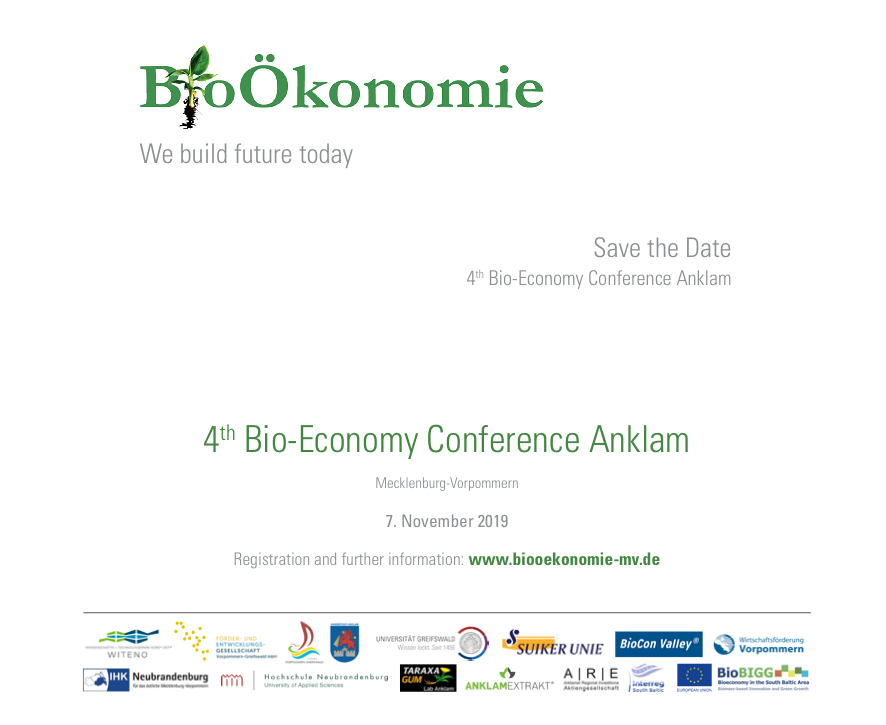 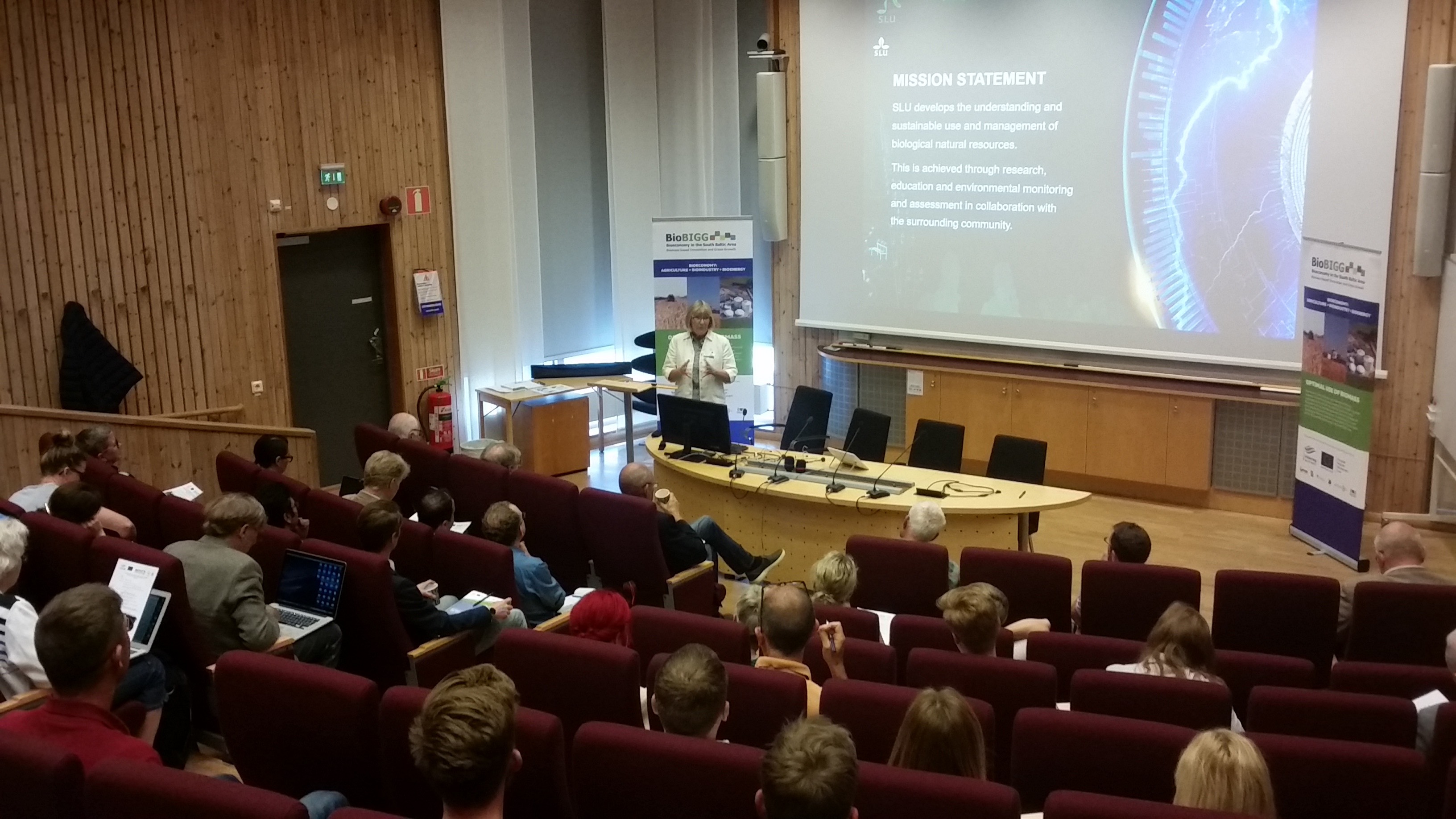 Endless possibilities, many good examples and strong engagement of companies and researchers were demonstrated at the international conference on Bioeconomy Business Development & Innovation that was held recently at the Swedish University of Agricultural Sciences in Alnarp, Sweden

On the 18 June 2019, 47 participants from industry and the research community met in Alnarp, Sweden, to learn more about successful innovations within the bioeconomy and opportunities to be further developed. The Interreg project BioBIGG was the host for this event as part of the project work. Moderated by Bengt Malmberg, RISE, several companies and universities presented their work with making their processes more resource-efficient while at the same time developing new products from side streams that earlier represented a cost as these had to be treated as waste.

Kalle Johansson from Lyckeby Starch, a south Swedish starch producer, underlined the importance on continuous development as they have done in the history of their company. Resource-efficiency and valorization of side streams need to go hand in hand in order to justify the investments in a process addition or change. To see the presentation by Kalle Johansson click on the video below:

As a Polish example, Dariusz Mikielewicz from the University of Gdansk presented Podole Wielkie, a crop and cattle farm, and Farm Frites Poland, a potato factory, formed an intriguing symbiosis, where the companies use each other´s residual streams to close material, energy and nutrient loops.

Paludiculture, or cultivation of rewetted peatlands, was one of the adjusted farming solutions presented by Anke Nordt from the German Mire Centre. The idea originated from the need of decreasing the large greenhouse gas emissions from drained peat soils and suggests potential crop alternatives that result in similar revenue for the involved farmers compared to their original cropping systems – minus a large part of the climate impact.

Using agricultural residues from seed production as solid fuel for biochar production is already a commercial reality in a small town in Skåne, south Sweden. Ann-Mari Fransson from the Swedish University of Agricultural Sciences (SLU) in Alnarp presented the changes that were made in Skånefrö, the seed company, and a number of new opportunities the biochar production has opened up for. Process energy is used for district heating while the biochar is developed as soil improver for urban applications such as city tree plantations, green roofs or innovative stormwater constructions.

Large-scale production of bioplastic polymers is a reality already, with innovative material properties as demonstrated by Åke Rosén from Gaia Biomaterials, Sweden. The feedstock is currently imported from Asia, but could just as well be produced in Sweden, if the full potential of crop production was realised, Åke argued. Furthermore he explained that the right choice of feedstock may also bring additional benefits, such as improved visual material properties and reduced climate impact. To see the presentation by Åke Rosén click on the video below:

As a reaction to the strong trend towards more plant protein based diets, new feedstocks are investigated for the extraction of food grade protein concentrate for direct consumption or as food additive. Thomas Prade and William Newson from the Swedish University of Agricultural Sciences (SLU) presented a prefeasibility study on the use of intermediate crops grown as catch and cover crops as feedstock for this purpose. Within an ongoing innovation project, the Plant Protein Factory, the proposed extraction process with be tested in the soon to be opened pilot plant at SLU. To see the presentation by Thomas Prade and William Newson click on the video below:

Tyge Kjær of the University of Roskilde, Denmark, rounded up the program with remembering the auditorium of the dimensions of the challenge in the transition to a bio-based economy and the still increasing energy and resource demand. On the other hand, the potentials for increased biomass production and supply are large and present a vast variety of opportunities for research and companies to not only solve the environmental problems of today but to create a more sustainable bioeconomy in the near future.

In the afternoon, company representatives and researchers gathered for a workshop where barriers and drivers for the development of innovative bio-based products were discussed in thematic sessions. These sessions included the main four value chains that are in the focus of the BioBIGG project and that cover the largest feedstock potentials for product development – straw, forestry residues, industrial and household food wastes and residues from the sugar industry. Common for all value chains was that high potential economic profits for innovative products are in sharp contrast with high investment risk, indicating the need for extended public investment funding. Another barrier was identified in the industry demand for homogeneous feedstocks at constant quality, while residual feedstocks are often varying in quality and volume during the year, boiling it down to issues in storage and logistics.

During the day many ideas were exchanged and developed and horizon widened. The informative atmosphere was appreciated by many participants and the discussions in plenary and breaks were a start to bridge the gap between the researcher´s and the industry´s view on how to promote more and faster product development and residue valorization in the bioeconomy. 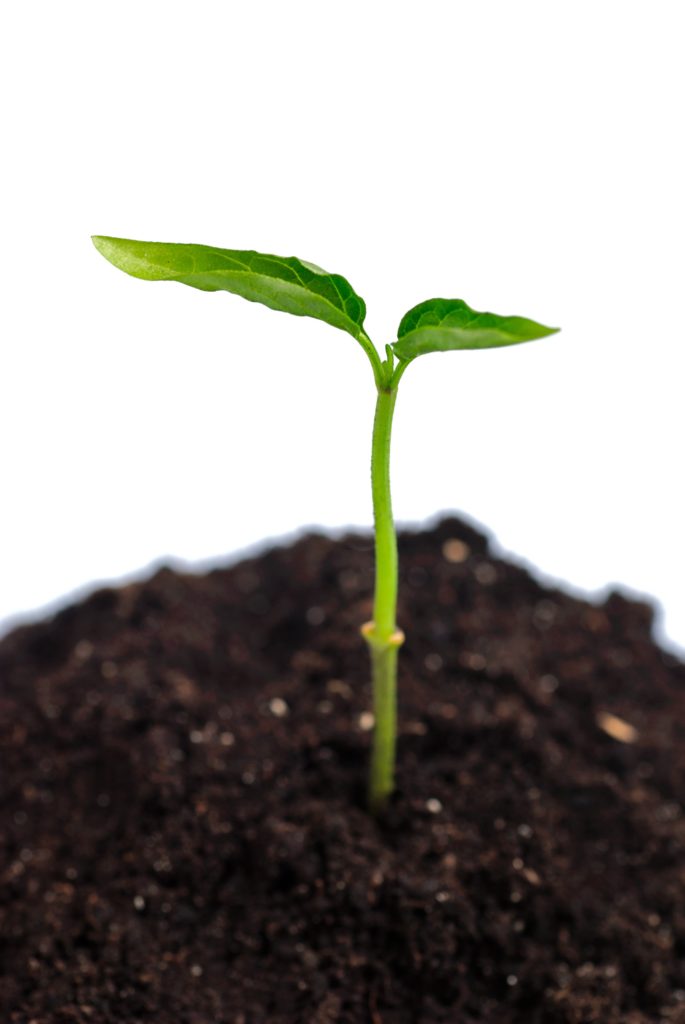 On 25 June 2019, a bioeconomy workshop organized by BioCon Valley in cooperation with the University of Applied Sciences Neubrandenburg took place in Neubrandenburg, Western Pomerania. About 30 participants from industry, research, and administration discussed the local and regional challenges and potentials of bioeconomy.

In the morning, lecturers from the University of Applied Sciences Neubrandenburg provided an overview on different fields of bioeconomy, including the history of bioeconomics, the potential of biofuels, (and especially) biogas plants in Mecklenburg-Western Pomerania, and biotechnological application options of algae. The last topic was broadened by a lecture on the market potential of marine biotechnology products, in particular, special sugars from macro algae. A representative of industry presented the PLANTBAC® panel system for soil irrigation and remediation.

To reveal potentials and deficits of the bioeconomy in Mecklenburg-Western Pomerania, as well as to develop possible solutions, three important challenges and possible solutions were tackled in an interactive exercise during the afternoon of the conference. They were:

As a result, five fields of action were identified which should be pursued with a critical urgency.

Strategic Measures:when considering the interaction of all actors, clear strategic lines must be identified and pursued. This includes a clear commitment to bioeconomy as an independent field in the future, as well as the implementation of task and action plans with concrete priorities for the upcoming decade.

Coordination:There is a need to coordinate the various bioeconomic activities in Mecklenburg-Western Pomerania. From the beginning, the necessary coordinative control must be recognised as a long-term task. A joint, coordinated, approach will be of decisive importance, particularly for successful technology transfer and the establishment of new companies.

Structural Measures:A central anchor point could be a potential institutionalised competence centre for bioeconomics. This centre will perform the necessary interdisciplinary coordinative tasks while also serving as a contact point, knowledge base, and intermediary for the implementation of regional bioeconomic value chains. In addition to a number of promising individual measures, this includes (in particular) the promotion of pilot projects and best practice examples. Furthermore, those bioeconomic activities that currently have to prove themselves under project-specific funding would be given a sustainable perspective.

Information and Knowledge Transfer: The competence centre can also perform the important task of disseminating knowledge and science to the population. In addition, the aim should be to establish professorships and study courses for bioeconomy and entrepreneurship, at as many university locations as possible in the region. 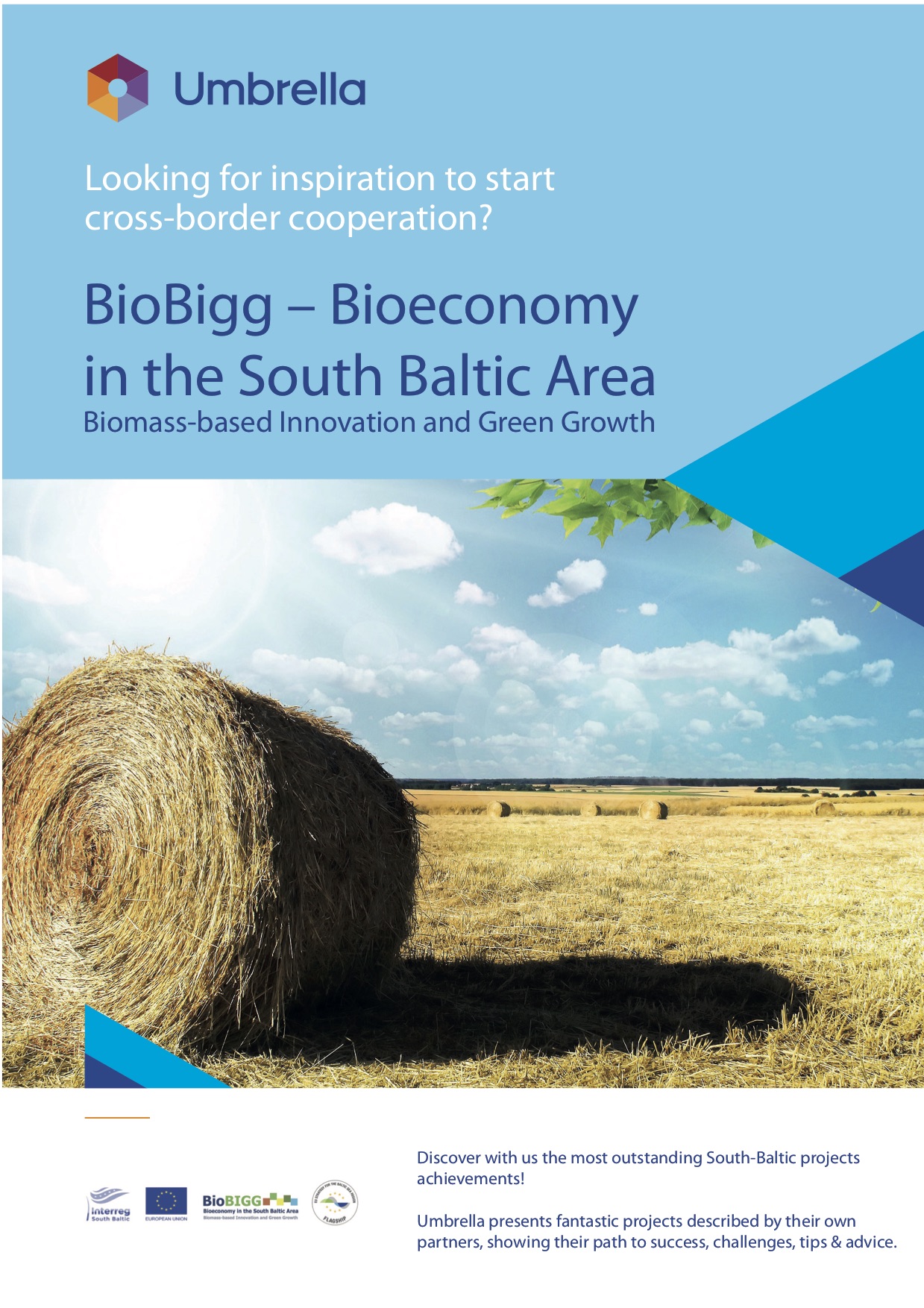 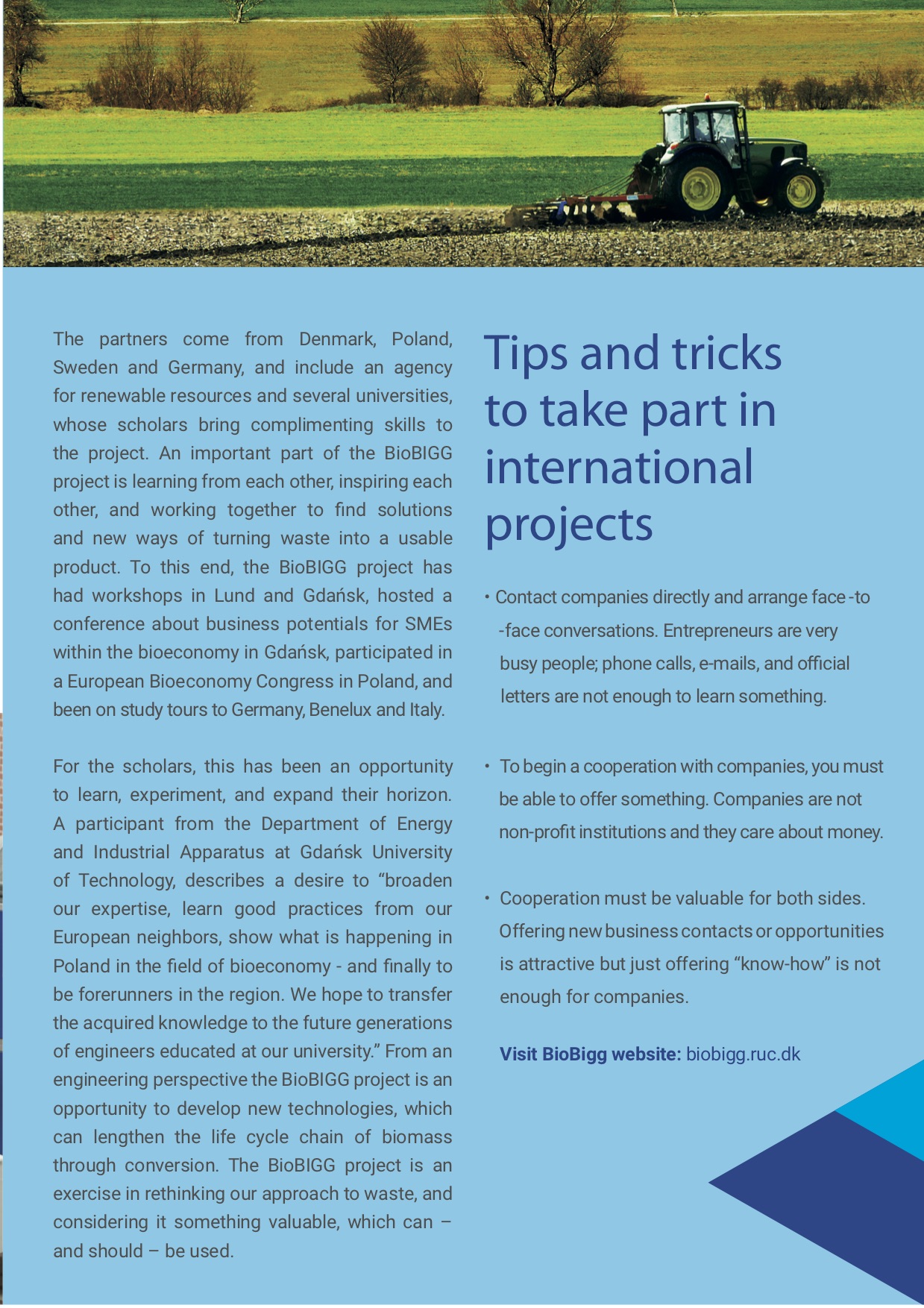 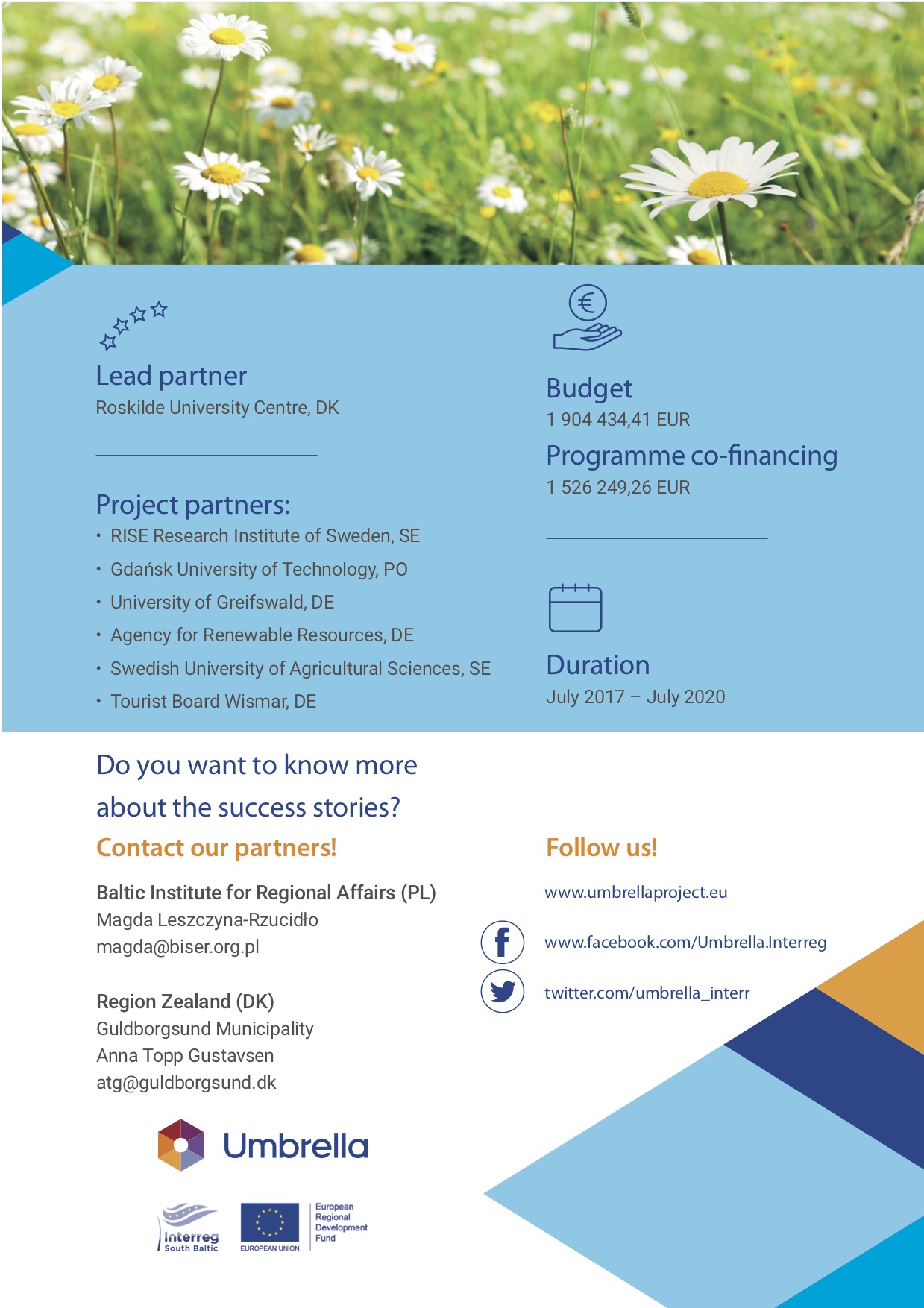 On the 18th of June the BioBIGG project will be hosting an international conference on bioeconomy business development and innovation in Alnarp, Sweden. Here you will be able to get new insights on valorization of biomass-based residues, develop your business and opportunities for cross-border networking. Press here to register. 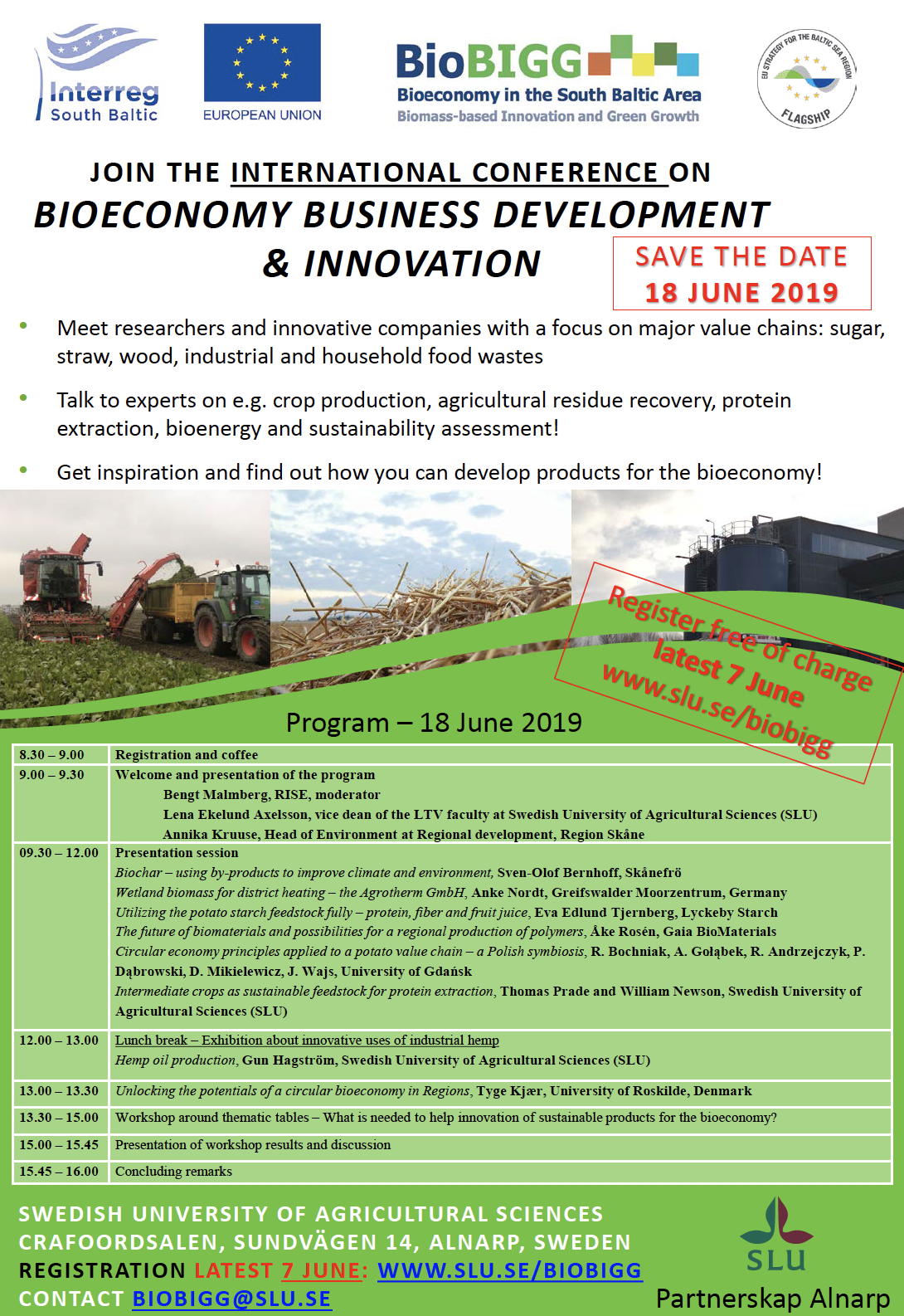 The Nordic Council of Ministers is Policy Area coordinator in the Action Plan for the European Union Strategy for the Baltic Sea Region (EUSBSR) to promote cooperation within the bioeconomy.

The Policy Area (PA) “Bioeconomy” is one of 13 Policy Areas of the EUSBSR Action Plan and covers agriculture, forestry, fisheries and aquaculture as well as rural development. Regular meetings and dialogue activities in the Baltic Sea Region since 2013 have identified key persistent bottlenecks for realising the bioeconomy related to

Objectives of the meeting in Copenhagen were:

The first day focused on trends of the bioeconomy in the BSR. The second day zoomed on the work carried out in the PA bioeconomy, including the upcoming revision of the EUSBSR Action Plan. Beneath presentations the participants helped to identify key trends within the bioeconomy.

One BioBIGG partner from Germany took part in the meeting to give input on the revision of the action plan. Also the BioBIGG project was introduced to the participants. 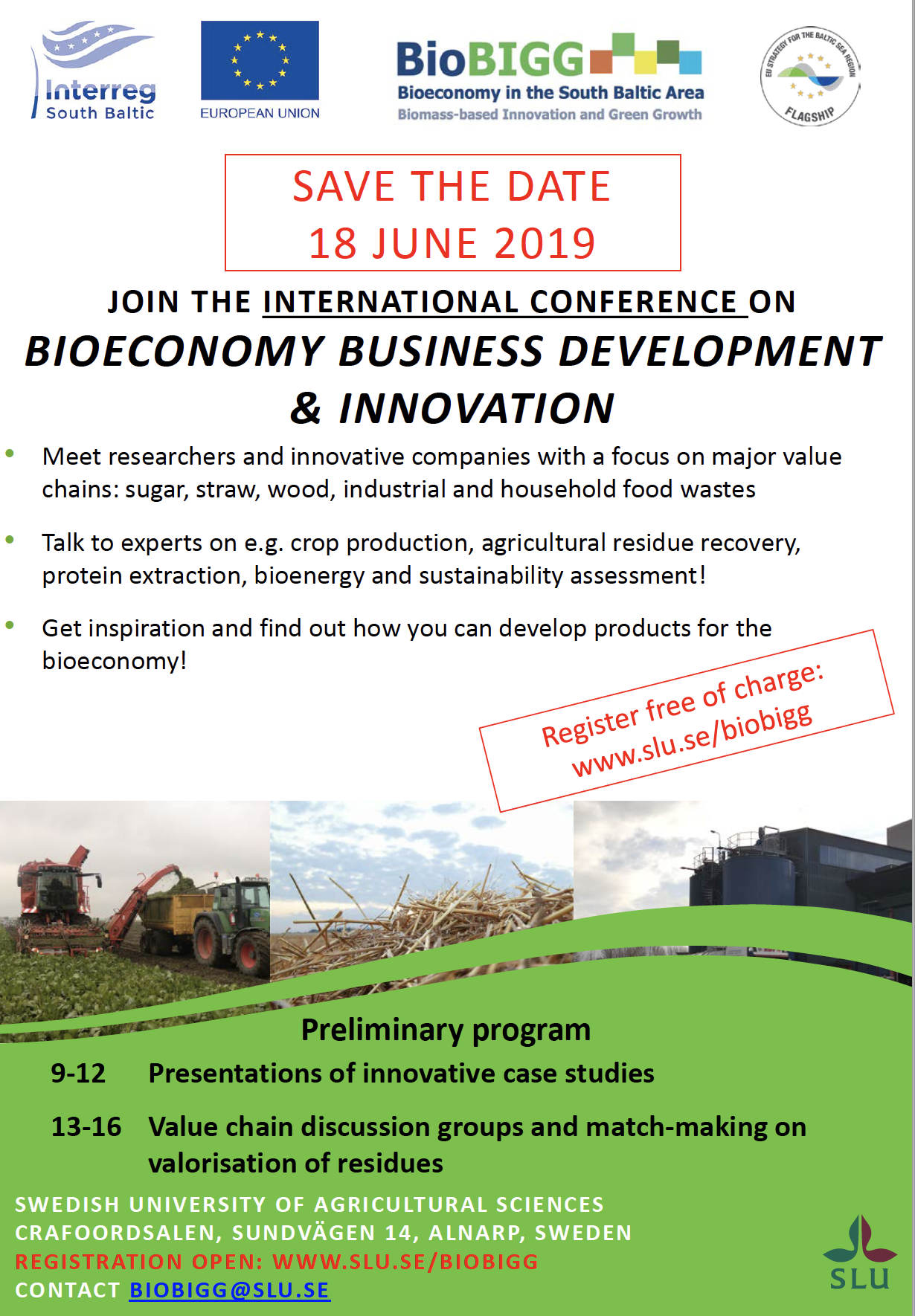 The goal of this Interreg programme is to contribute to a more circular bio-economy in the Baltic Sea region. As of January of this year the consortium of BalticBiomass4Value are working towards developing online-based tools, workshops and training concepts for private enterprises and local/ regional authorities, as well as a good practice database for the region. The project’s output will focus on guidelines on circular bioeconomy development, and will promote them through experience exchange and training activities across the region. The first publicly accessible results can be expected in autumn of this year.